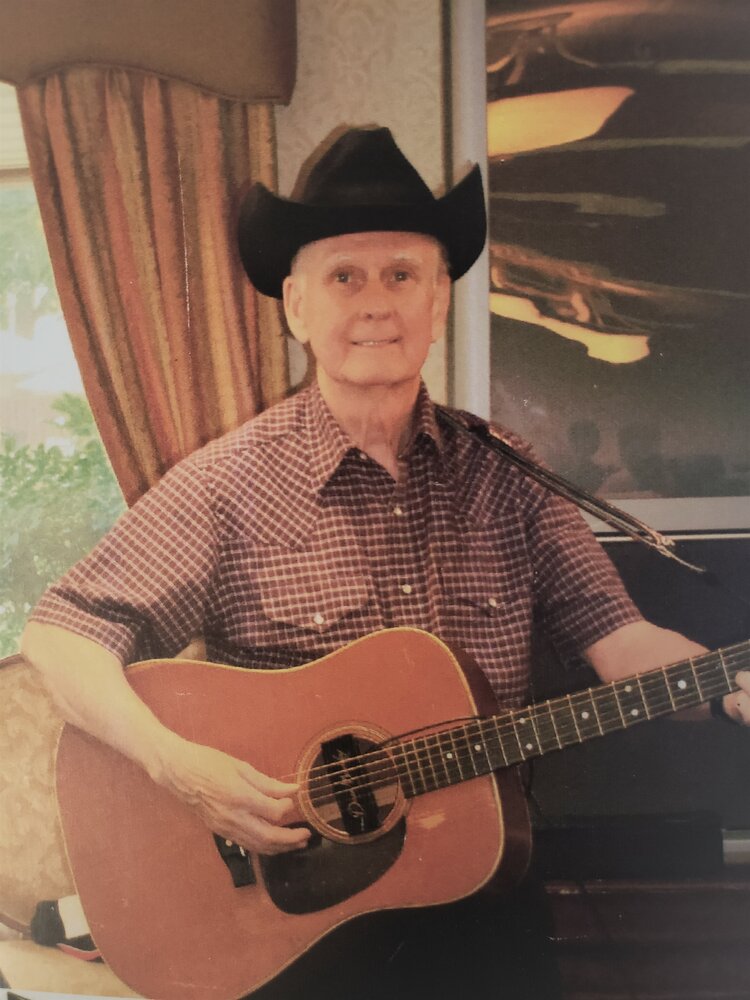 Please share a memory of WAYNE to include in a keepsake book for family and friends.
View Tribute Book

Wayne Glenwood Swinsburg, 83, beloved father, husband, brother, and uncle, proud Veteran and enthusiastic Eagles & Phillies fan, of Edison, went home to Heaven on Thursday March 3, 2022 after a month-and-a-half-long struggle due to complications from a routine procedure. Born in Hazelton, PA, he was the son of the late John and Hazel Swinsburg. He was a veteran of the United States Army and proudly flew his American flag daily, taking care to raise three on patriotic holidays. He had an old-fashioned work ethic, working tirelessly at Sherwin Williams in Edison until the age of 74, where he was affectionately known as “Bucky”.  A huge country music fan, he saved up and bought his first guitar at age 14 and learned to play by ear while listening to Hank Williams. While stationed in Germany, he formed a band with Bobby Harden. Back home, he took pride in playing for family and friends every chance he got throughout his life. He continued to play, as Wayne Glenwood, for seniors and community groups into his 70’s, with his dearly loved special needs son by his side clapping along. He passed his love of country music on to his children, taking immense pride when his daughter followed in his footsteps as a vocalist using his mother’s maiden name. He dedicated his life to his family, hosting backyard BBQ’s when the kids were young (“leaving so soon?”), starting the car on chilly mornings for his wife, sharing Hershey bars with his daughter, and devoting his free time with his son on car rides to the park or out for lunch, watching football, baseball, movies and old comedies on TV and enjoying country music, especially Johnny Cash, Haggard and Jones, Buck Owens & Bluegrass.

Funeral services will be private. In lieu of flowers, donations in his memory may be made to the ‘Swinsburg Family Special Needs Trust’ for the future care of the center of his world, Wayne Jr. You see, “Daddy’s don’t just love their children every now and then… it’s a Love Without End, Amen.”

To plant a beautiful memorial tree in memory of WAYNE SWINSBURG, please visit our Tree Store

A Memorial Tree was planted for WAYNE
We are deeply sorry for your loss ~ the staff at Goldstein Funeral Chapel, Inc.
Join in honoring their life - plant a memorial tree
Online Memory & Photo Sharing Event
Online Event
About this Event

Look inside to read what others have shared
Family and friends are coming together online to create a special keepsake. Every memory left on the online obituary will be automatically included in this book.
View Tribute Book
Services for WAYNE SWINSBURG
There are no events scheduled. You can still show your support by planting a tree in memory of WAYNE SWINSBURG.
Plant a tree in memory of WAYNE
Share A Memory
Plant a Tree