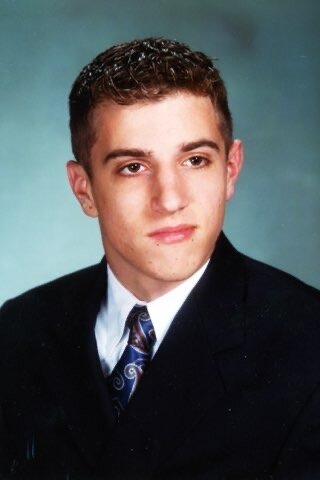 Obituary of CHARLES A. KOWALSKI

Please share a memory of CHARLES to include in a keepsake book for family and friends.
View Tribute Book
Charles A. Kowalski born on January 19, 1986 in Livingston, New Jersey to parents Carl (Charlie) Frederick and Donna McConnell (née Mascola),died on October 11th of cardiac arrest and underlying health conditions. Charlie (or Little Charlie, as he was often referred to by his family), grew up in Cranford, New Jersey and was a beloved classmate and member of the community there. Known for his quick-witted sense of humor and his kindness, Charlie had a thoughtfulness and unmistakable warmth that drew others to him. He had a close-knit circle of friends who describe him as “like a brother,” and he was especially close to and protective of his younger brother Brian, who at a young age was diagnosed with diabetes. Charlie was like a father to Brian, looking after Brian and making sure he took care of himself and stayed on top of his glucose levels. In high school, Charlie played football, and he also came to love music. His all-time favorite band was 311, and he made a point of attending as many of their concerts as he could. His most prized possessions were his 311 posters, one of which he secured at every concert of theirs he attended. Charlie graduatedfrom Cranford High School in 2004 and earned his Bachelor of Science degree in Business from the University of Hartford in 2008. Upon graduating he was hired by Community Surgical Supply where he worked until 2020. During his free time, he enjoyed photography, listening to music and hanging out with his friends. He worked the last several years for Door Dash and was in the final stages of buying a house when he died. Charlie was preceded in death by his grandparents, Carl Frederick Kowalski and Tony and Patricia Mascola. He issurvived by his parents, Charlie and Donna, his younger brother, Brian, his grandmother, Mary Ann Kowalski, his half-sisters, Lydia and Nadia and many aunts, uncles, cousins, and friendswho will miss his gentle warm presence. A memorial celebration is scheduled for April 30th. Details to be announced.
To plant a beautiful memorial tree in memory of CHARLES KOWALSKI, please visit our Tree Store

A Memorial Tree was planted for CHARLES
We are deeply sorry for your loss ~ the staff at Goldstein Funeral Chapel, Inc.
Join in honoring their life - plant a memorial tree
Online Memory & Photo Sharing Event
Online Event
About this Event

Look inside to read what others have shared
Family and friends are coming together online to create a special keepsake. Every memory left on the online obituary will be automatically included in this book.
View Tribute Book
Services for CHARLES KOWALSKI
There are no events scheduled. You can still show your support by planting a tree in memory of CHARLES KOWALSKI.
Plant a tree in memory of CHARLES
Share A Memory
Plant a Tree