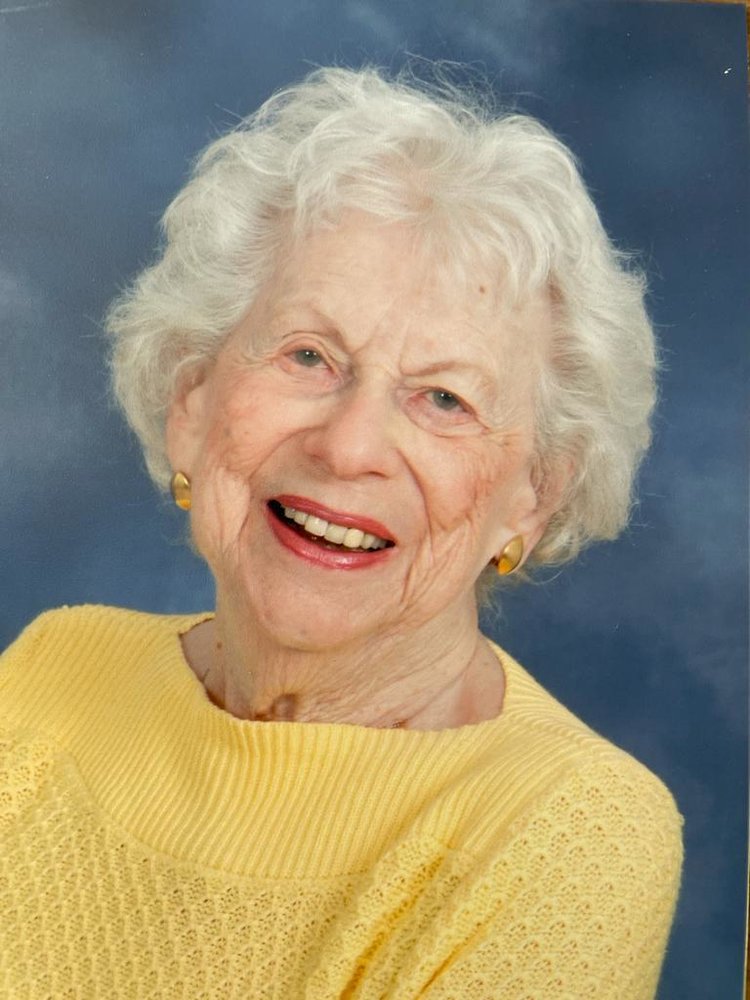 Please share a memory of HARRIET to include in a keepsake book for family and friends.
View Tribute Book
Harriet Greenspan 1925 –2021 Harriet was born in Newark, New Jersey to Dora and Morris Schusterman. She was the youngest of 5 siblings, Jack, Larry, Irving and Francis. She married Irv Neiwert in 1941, a serviceman who died in combat during World War II. In 1949, she married Walter Greenspan, of Perth Amboy, New Jersey. They lived in New York City for a while, then moved to Metuchen, NJ just before their first child, Madelon (Loni) was born. They moved into their first house in 1951 and had 2 more children, Douglas and Vicki. Harriet volunteered at the Washington School Library while her children were there. The family were members of Temple Neve Shalom, where Harriet became involved in B’nai B’rith and the Hadassah Sisterhood. In the 1964, Harriet and Walter started Glaxon Marketing Associates, a promotional marketing products company. Harriet ran the company until Walter’s death in 1985. She loved to travel, and enjoyed the theatre and opera in NYC. In 2015, Harriet moved to Scottsdale, Arizona, to be closer to her daughter, Vicki. She continued to attend theatre, the symphony, and the opera, and loved taking people to the Musical Instrument Museum (MIM). Harriet is survived by her 3 children and their families: Loni, her son Ryan and his daughter, Sloane; Doug, his wife Priscilla, and their daughter Jacquelyn; Vicki, her husband Jack, her son Erik and his wife, Suzanne, and their children, Oliver, and Luke. She will be missed by her family and her many friends in New Jersey and Arizona. Donations in her memory can be made to the United Stated Holocaust Memorial Museum in Washington, DC; Waste Not Arizona; St. Jude’s Children’s Research Hospital, or the Musical Instrument Museum (MIM) in Scottsdale, AZ.
To plant a beautiful memorial tree in memory of HARRIET GREENSPAN, please visit our Tree Store
Friday
4
June