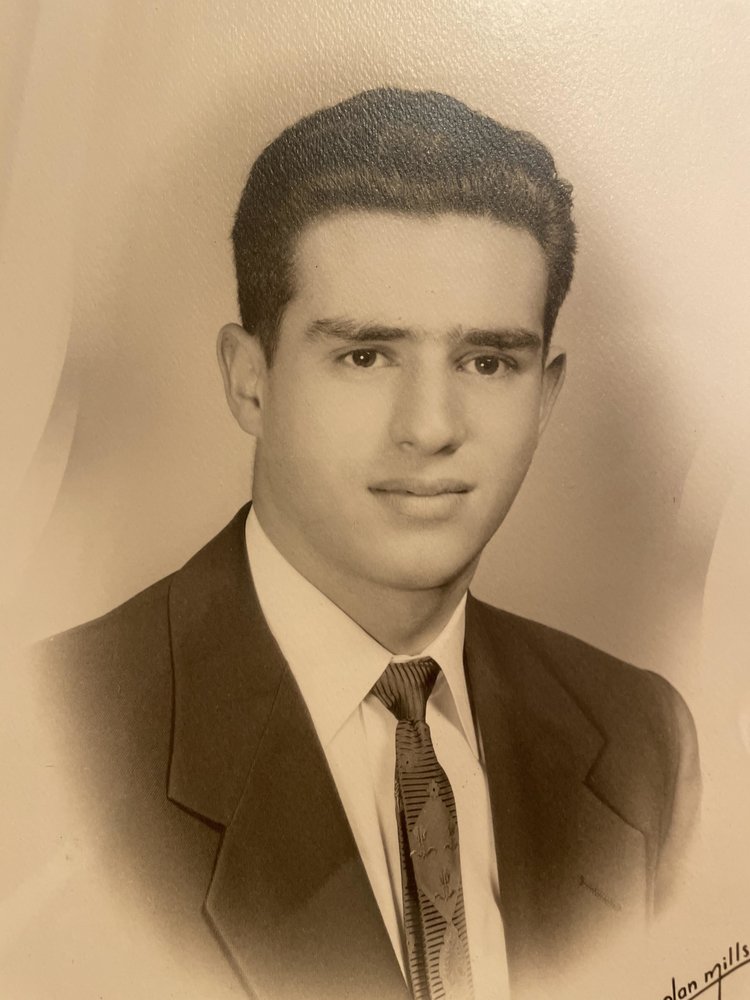 Please share a memory of Charles to include in a keepsake book for family and friends.
View Tribute Book
Charles Michael Taitel, 83, passed away peacefully on 3/18/2021 from the effects of multiple strokes from cerebral amyloid angiopathy. He was born on July 8, 1937 in NYC. He is survived by his daughter Janice Taitel, son Larry Taitel and his wife Lisa, son Andy Taitel and his wife Fran, and former spouses Haya Taitel Becker and Brian Scott. He is also survived by his 14 grandchildren (Rivka, Matthew, Samantha, Daniel, Ariel, Zoë, Shais, Alexis, Eliana, Binyomin, William, Elijah, Yehoshua, and Miriam), and 6 great grandchildren (Yitzchok Meir, Malka, Chana, Moshe Chaim, Ahuva, and Moshe). Chuck and his older brother Marty were raised in the Bronx by their parents William Taitel and Helen (Rosenberg) Taitel. The family moved to Lake Hiawatha NJ when he was a teenager. He graduated from Boonton HS in 1955, and from Stevens Institute in Hoboken in 1959 with a degree in mechanical engineering and his Professional Engineer license, while also building houses and becoming a pilot and the owner of a Cessna 152. In 1960 he married his high school sweetheart, Ina (Kantor) Taitel. They remained married until her passing in 2015. They raised their 3 children together in Lake Hiawatha and Parsippany NJ. In 1967 Chuck and Ina founded Landice Products Corp. in their garage. They worked side by side producing treadmills, sometimes with their children as well, and the business grew until they sold the company in 1986. Andy and his friend Greg Savettiere later took over the business, with Chuck’s continued guidance. Chuck and Ina also founded Convertech, which manufactures shafts and core-holders. This company was eventually run by Larry and his partner Bob Gensheimer, both former Landice employees, for 29 years. In the 1990’s Chuck and Ina were active in the Hebrew Free Loan Society and in aiding Jewish families that emigrated from Russia. One of the families they sponsored, Tanya and Toly Khazen, became their lifelong friends. Belied by his Sears work pants and flannel shirts, he and Ina were also very quietly major philanthropists, most significantly to Hadassah. Their generosity has left a lasting legacy on their community. Chuck and Ina, along with their fox terriers - Terry, Daisy, and then Cali - split their time between their home on White Meadow Lake NJ and their cabin on Lake George NY. They traveled the world extensively together by bike, riverboat, bus, and plane, and took many trips throughout the Caribbean by chartering sailboats with their friends. Chuck was an incredible athlete with unstoppable energy. In 2001 he rode his bicycle from LA to Boston with his good friend Gene Cottrell, and loved riding with the Morris Area Freewheelers, many members of which remained his devoted friends even after the strokes kept him off his bicycle. He also played racquetball for years with another devoted friend, Joe Russo. He kayaked in lakes, ponds, the ocean, and white water. And he hiked just about every mountain he saw, often lying down munching on wild blueberries while the others caught up. In addition to being an athlete, Chuck was an artist, a craftsman, and a problem-solving inventor. Many of his loved ones have received cherished gifts he made of wood - bowls, furniture, rocking horses, carvings, and more. His houses were full of his ingenious designs, from a disappearing dining table to a truly squirrel-proof bird feeder to a custom boat lift for his keeled sailboat to an elevator and numerous other adaptations that he made to his disabled mother-in-law’s house, allowing her to live independently for far longer than seemed possible. Chuck was a sweet, loving, honest, and humble man, a great man, who will be sorely missed by all who knew him. May he rest in peace. In lieu of flowers, please consider making a donation to Hadassah. Interment will be in Mt. Freedom Hebrew Cemetery in Randolph, NJ.
To plant a beautiful memorial tree in memory of Charles Taitel, please visit our Tree Store

A Memorial Tree was planted for Charles
We are deeply sorry for your loss ~ the staff at Goldstein Funeral Chapel, Inc.
Join in honoring their life - plant a memorial tree
Online Memory & Photo Sharing Event
Online Event
About this Event

Look inside to read what others have shared
Family and friends are coming together online to create a special keepsake. Every memory left on the online obituary will be automatically included in this book.
View Tribute Book
Services for Charles Taitel
There are no events scheduled. You can still show your support by planting a tree in memory of Charles Taitel.
Plant a tree in memory of Charles
Share A Memory
Plant a Tree